For a while, when Netflix was a DVD rental thing. There were lots of services that popped up that were ‘Netflix for X’. E.g. Bagborroworsteal was Netflix for handbags. This was a pretty big idea; having access to something luxurious without actually owning it.

Renting or leasing something isn’t a new idea, it’s just got forgotten about while I was growing up. When I was a student you could rent a massive TV, but it didn’t seem to stack up as a good idea. It seemed that renting was a tax on people who didn’t have the self control to save up enough to buy.

Now when you do the numbers on owning a car it goes in favour of renting. For a weekly trip to the supermarket and a few road trips having a Goget membership makes much more sense. I’m going to make an assumption that it is due to better communication and efficient use of resources, enabled by the internet.

Lets take a little side step for a moment. In a recent episode of In Our Time one of Melvin’s guests was explaining e. _It was ‘discovered’ by imagining what would happen if compound interest accrued continuously1. It turns out that interest accrues at _e if your calculations use continuous time periods. I really like the idea of taking things to infinity to see what happens2.

What happens when we take ownership to zero? This isn’t in the same way that a monk might own just his robes and his rice bowl. More the idea that once there’s ubiquitous fast access to spotify then there’s very little use in having a vast cd collection.

A good place to start might be with what it means to own something. I’m sure that there are some pretty complicated discussions about the meaning of this. For simplicity I’ll just assume that ownership means the right to do whatever you want with something in perpetuity. There are obvious edge cases and caveats. By this definition you aren’t really a pet owner3 and there might be laws governing what you can do with your property4 but these are mostly defined by their effect on others. If you ‘own’ something and you are able to show that your actions have no negative effect on others then you are able to do what you like5.

In a world where you don’t own something but you still want access to it there are a few options. You could take it - by force or subterfuge, but as civilised folks that’s looked down upon. That leaves us with buying things and rental. I’m going to include things like access to public squares6, and things like Google in rental because you pay for them in some way, but they could go either way7.

There has been a bit of noise recently about Google and Amazon8 working up to drone delivery.

Amazon seems to be talking about it from the point of view of bringing you things to own. Their fast delivery is all about making it easier to own things. That’ll get even easier once drones can bring things to you9 .

Google has been talking about the idea that you might want a spoon or a hammer for an hour or two. The Google model seems much more focussed on access to the amenity of an object. They are also talking about providing medical help to places that aren’t served by roads (e.g. in Africa). It’s not far to go after that to offer access to spoons etc. to the same people. 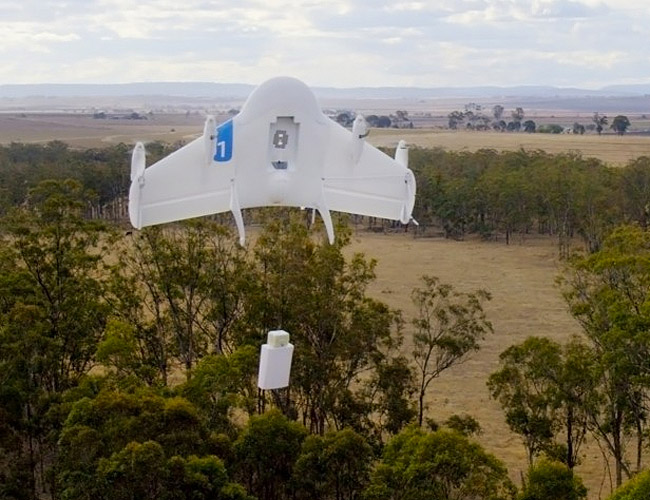 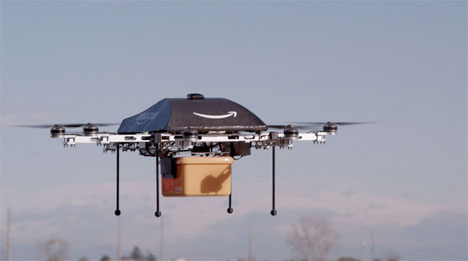 It seems that ownership really only makes sense now for consumables (toothpaste, socks) but even that line is blurry. Sock subscription is a big deal!

What is the minimum ownership? This is a tricky one, it depends on what market you live in, what services you have access to. Let’s we assume that all your needs will be met by subscription services eventually. You’d probably own your food.

The implications of this are interesting. If you are a subscriber to everything, your entire life is contingent on your ablility to pay your subscription dues. If a monopoly emerged in one area it would put a lot of power in their hands. (The company store problem.)

The other interesting consequence of ownership being so rare might be that we intensely focus on what we do own. This might be a “Do androids dream of electric sheep” world. I may rent everything in my life except except for a rock that you found on holiday.You might rent everything except your Lindisfarne gospel.10

If and where we stop this trend is going to be interesting.